Aside from its beautiful hilly landscapes, waterfalls, flora, and fauna, the Mbeya region is known for being the breadbasket of Tanzania. The southern highlands of the country have enough rainfall and fertile soil that enables almost effortless growth of coffee (Arabica), tea, cocoa, maize, rice, bananas, beans, potatoes, sunflower, wheat, and other crops. Among the smallholder farmers that cultivate these crops are Elieza and Meliha Mtafia. The young couple grows a variety of crops and keeps goats and cattle, but most of their income comes from coffee.

However, over the years, there has been a gradual rise in temperature during the dry season. This has made irrigating their plants a literal uphill battle between the months of June – October which are generally the dry season months in the Southern coffee growing region. Since there is an inadequate water supply in their rural village, the couple would have to trek down to the valley to fetch water from a nearby stream, then climb back up the steep slopes with about 20 litres of water on their head. They would then have to repeat the hard task several times.

How Meliha used to fetch water 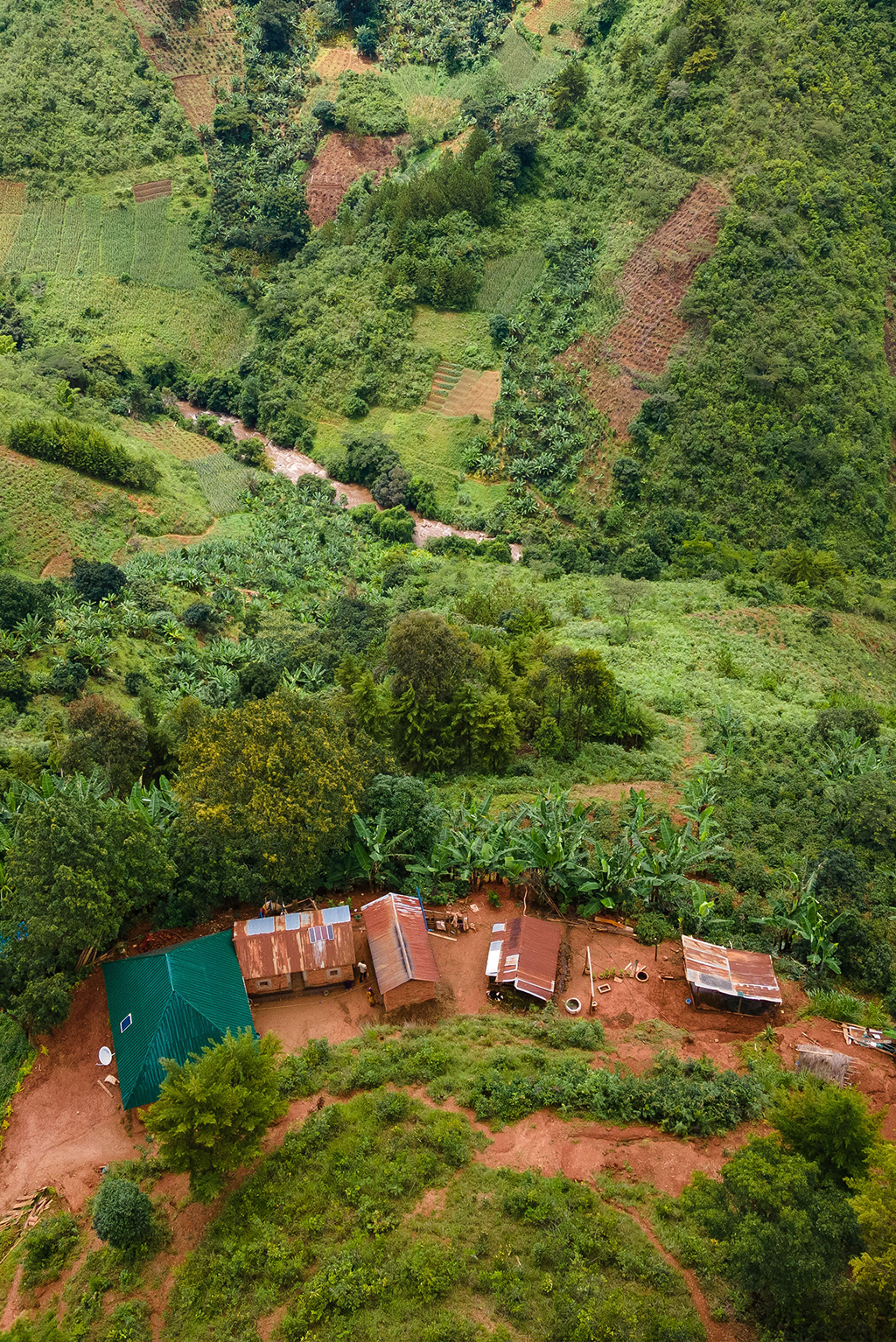 This, in addition to the daily collection of firewood for cooking, was extremely strenuous and time-consuming, especially for Meliha who was generally responsible for performing these domestic duties.  Every day after collecting firewood, she prepared meals for her family in a small kitchen which would fill with toxic black smoke. It would choke her into fits of coughing and burn her eyes and in the long term, it would surely be detrimental to her health. Aside from the negative effects on her health, the fumes from the firewood created greenhouse gases, and the continuous cutting of branches and small trees was contributing to deforestation.

As the dry season gave way to the rainy season, another problem arose. The rains were seemingly heavier and lasted longer than in previous years. Consequently, they were washing away much of the fertile soil in the couple’s farm. They were not able to restore their soil’s fertility by applying fertilizers because the price of fertilizers more than doubled. Their cattle further aggravated this soil erosion problem when they would roam around to graze, leading to land degradation. Ultimately, these environmental challenges that are the side effects of climate change meant the couple’s coffee yields were significantly lower than they potentially could be. 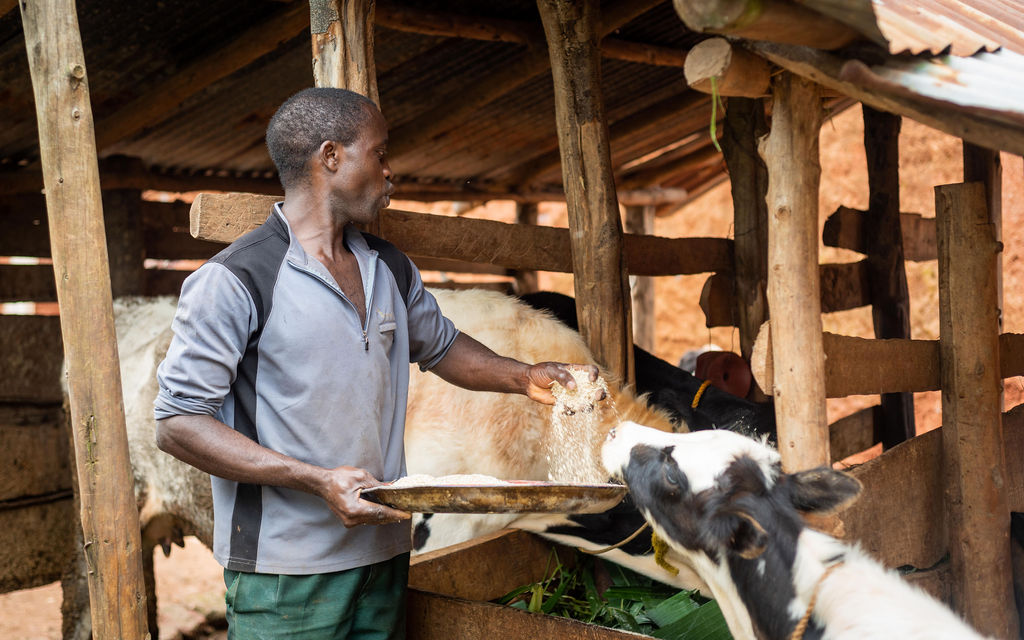 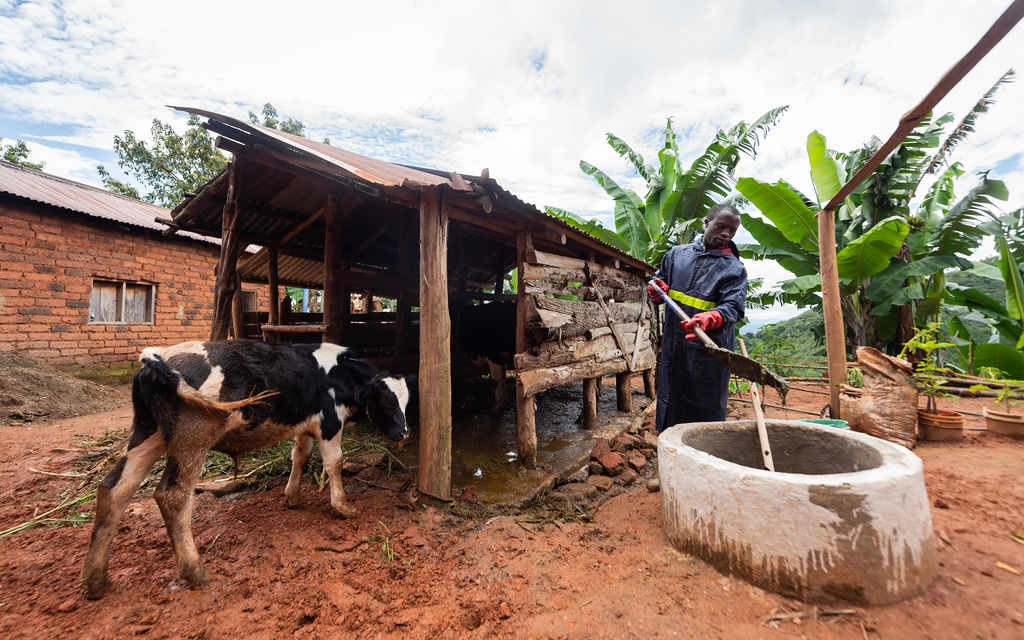 Elieza and his family’s three cows

However, in 2016 Elieza and Meliha learned that the initiative for coffee&climate (c&c) was offering training on climate-smart practices for coffee farmers in their village and they registered to participate in the training sessions. The project is being implemented by Hanns R. Neumann Stiftung (HRNS). Through the training, the couple learned about interesting solutions that would solve many of their problems.

Eventually, their exemplary and consistent adoption of the climate-smart practices they learned through the c&c training sessions paid off. Their problem of erosion was minimized by the application of live mulch. They learned a cheap alternative to using pesticides by using alcohol pest traps. They dug trenches to collect water during the rainy season and planted bananas in their coffee garden to increase the amount of shade for their coffee during the dry season.

The couple also attended gender training sessions which encouraged even distribution of domestic and farm labor so that Meliha could have more time on her hands to access the c&c training sessions and other opportunities. Farming families were sensitized to the benefits of joint decision-making on household expenditure and planning. This ultimately positively impacted the couple’s overall yields, income, and household development.

“We used to harvest 400 kg of coffee from our 4 acres per season but after applying the recommendations, we eventually harvested 1,900 kgs!”

With the increased income, the couple was able to invest in pipes that could tap a nearby underground water source and direct it to their house. Finally, Meliha could say goodbye to the struggle of hiking down to the valley to fetch water! They also were able to comfortably afford to send their young children to school without the worry that they wouldn’t be able to raise the school fees. 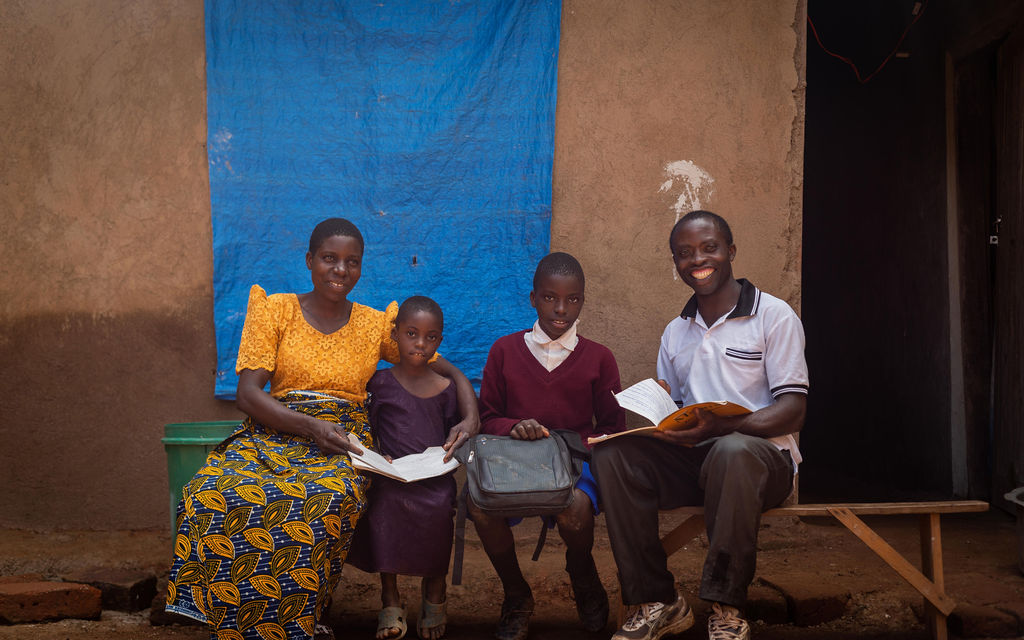 Since Elieza and Meliha are role models in their community and great project participants, they were selected to host a biogas demonstration plot. The c&c project built a biogas digester on their plot and showed the couple how to use it. First, they create a slurry by mixing the waste from their cattle with water. This is loaded to the underground biogas digester where eventually a gas called methane is produced. This gas is channeled with a tube that runs underground into their house, and through the kitchen wall to their stove. It can then fuel the fire for cooking – with no smoke created! Once all the methane is extracted from the slurry, the leftover mixture can be used to water their crops as it is essentially manure. This is an important additional perk because the couple could no longer afford fertilizers which had increased from Tsh 50,000 (21 Euro) to Tsh 120,000 (50 Euro). 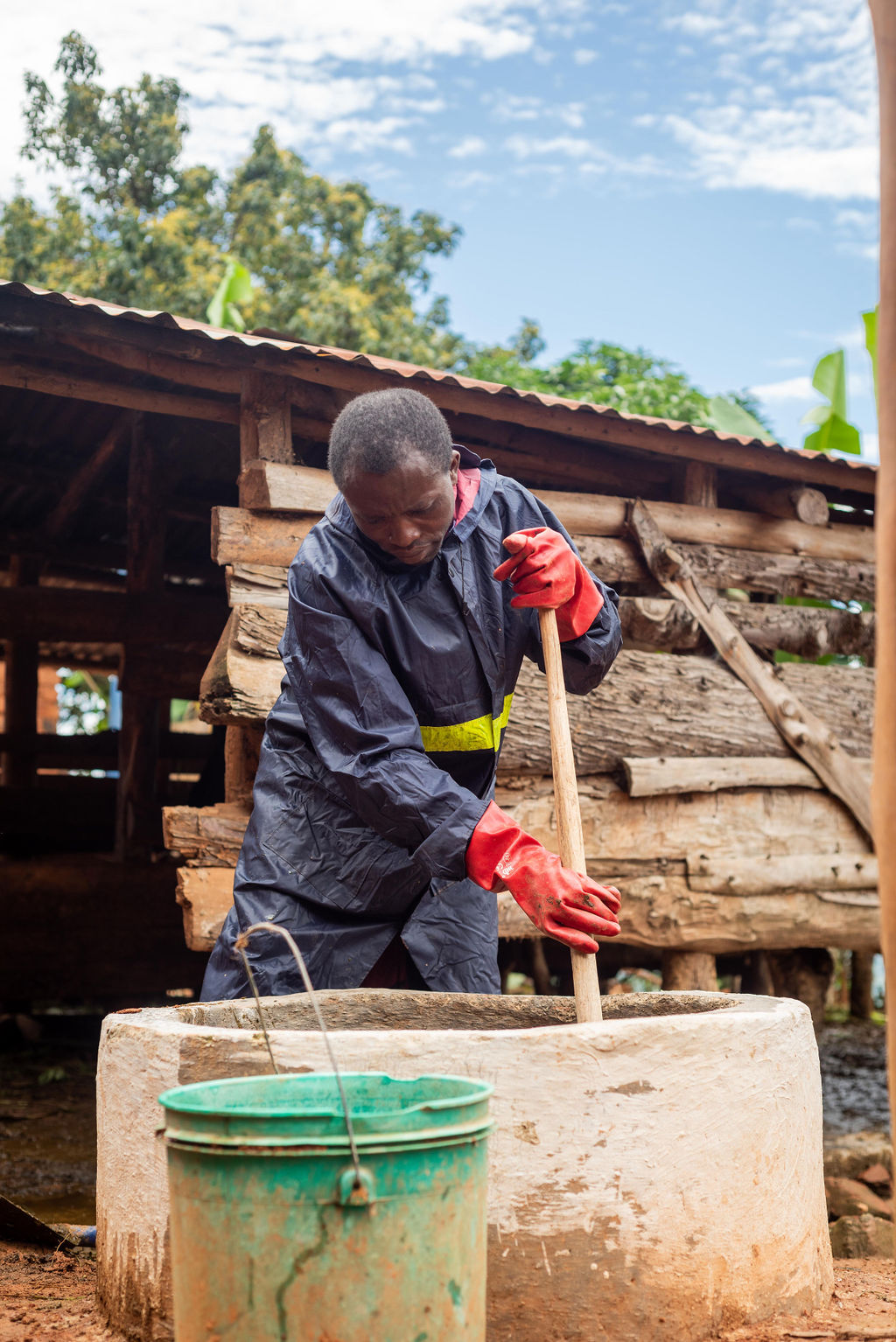 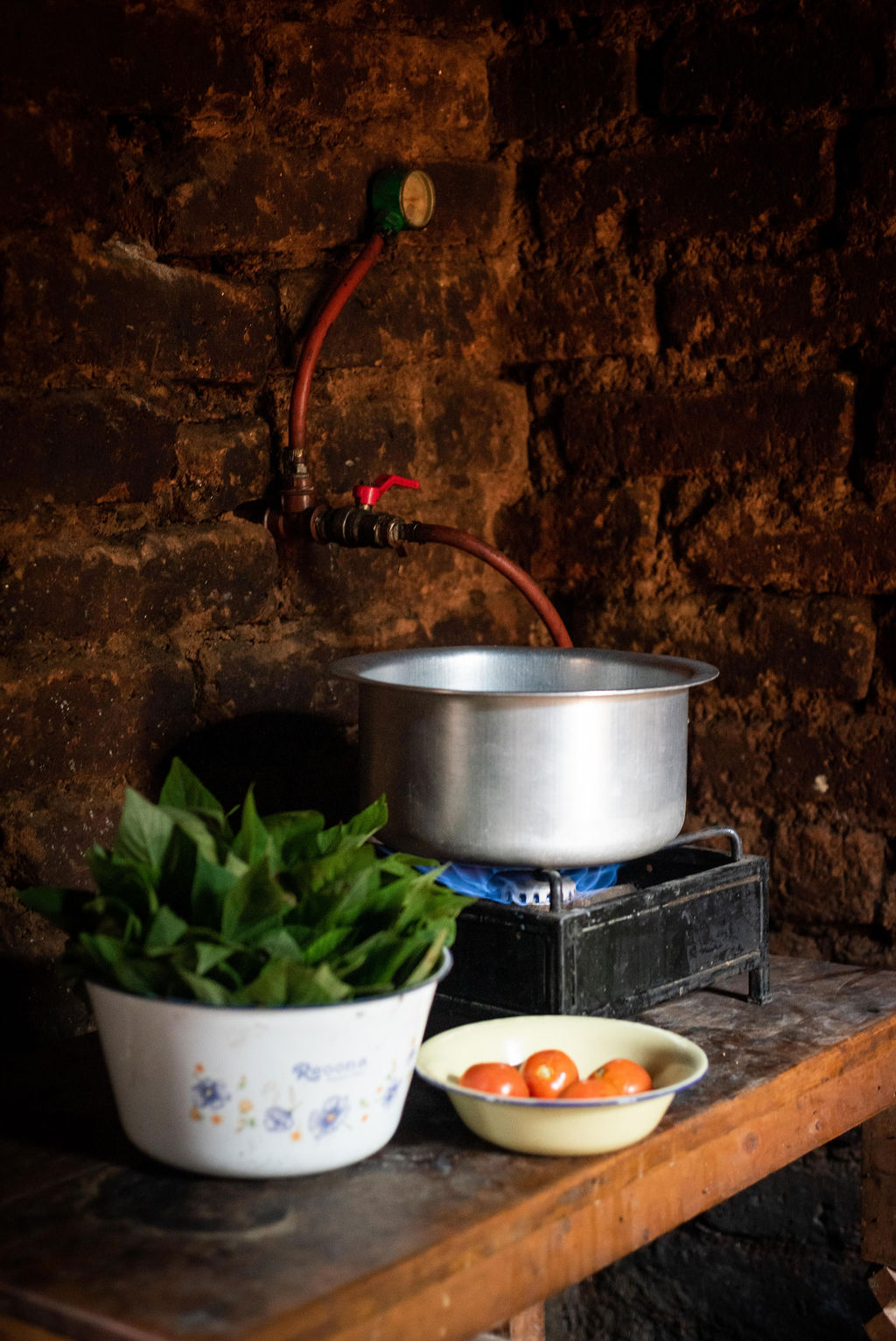 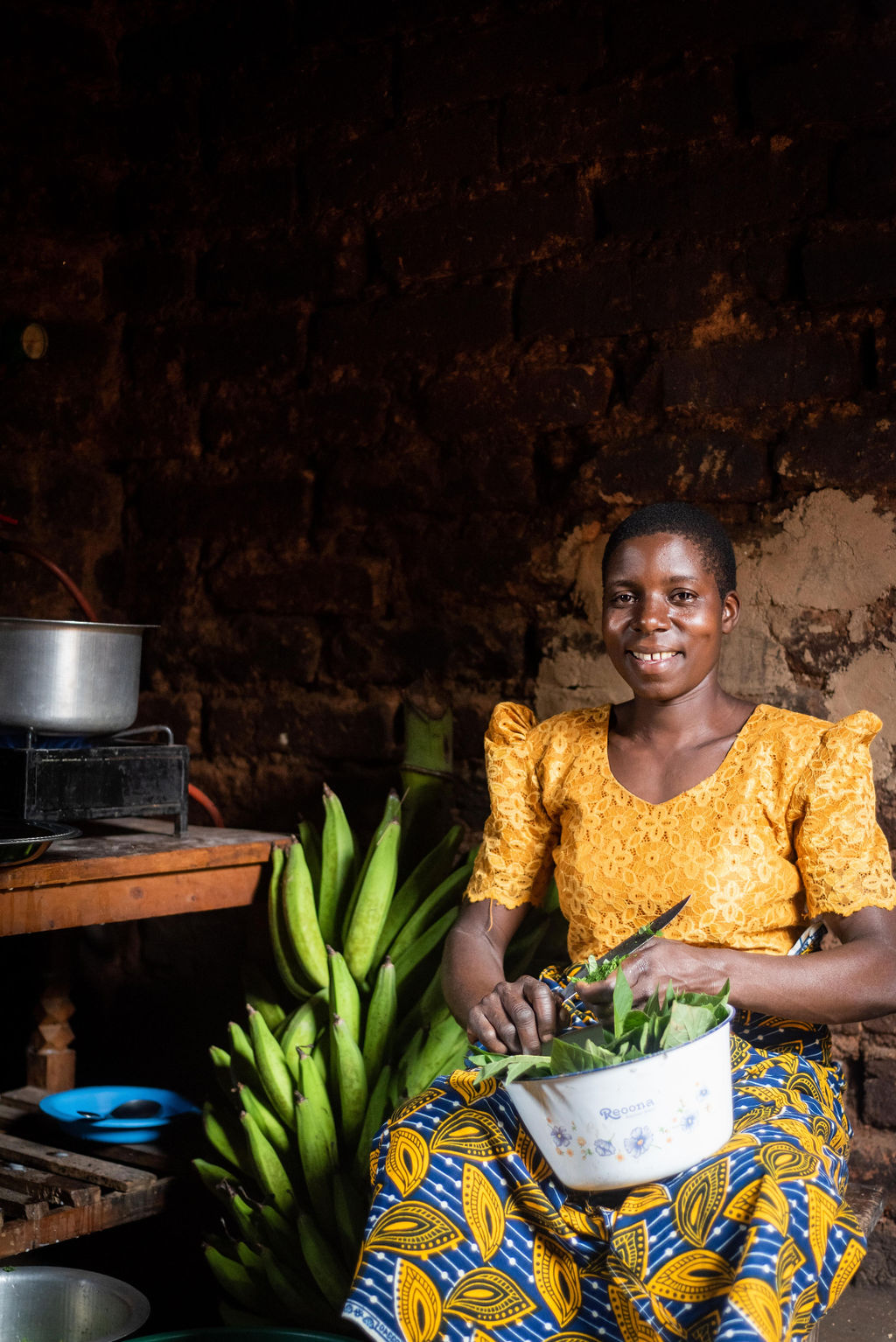 “I used to suffer to collect firewood but now with the biogas, I am relieved. Now there is more peace in the household as we share the domestic and farm labor more equally and plan the household budget together.”

Integrating these climate-smart solutions on their farm has not only enabled the couple to adapt to climate change but also to mitigate it as they no longer contribute to deforestation or greenhouse gas emissions. Many of their neighbors come to visit their home and farm to see their biogas installation and the other climate-smart practices they have implemented. It is a great way for them to educate and inspire their neighbors about what is possible. In the future, Elieza and Meliha plan to build a better house and continue to invest in their coffee so that they can educate their young children until the level of university. Their short-term goal is to invest in a domestic water harvesting tank and expand their coffee acreage with traditional disease-resistant coffee seedlings.