Community of Practice: Indicators for Measuring Results and Impacts of Resilience 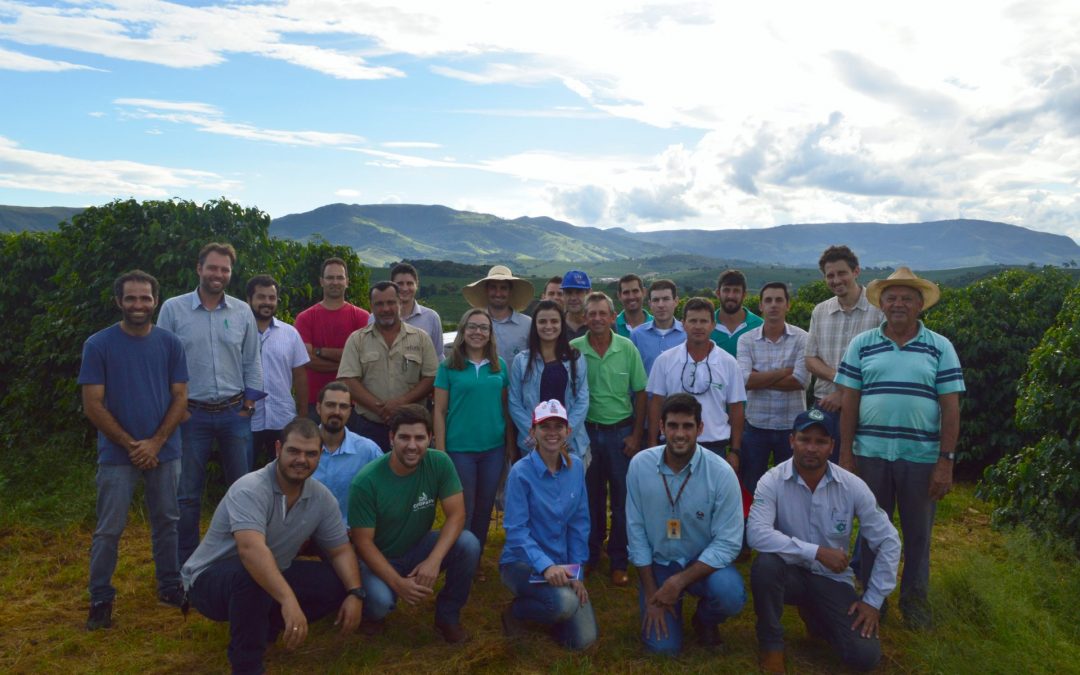 Minas Gerais, Brazil – April 9th, 2018 – The third meeting of the Community of Practice (CoP) on climate change adaptations (supported by coffee&climate) took place under the theme “Indicators for measuring results and impacts of resilience” on April 3rd and 4th in the city of Boa Esperança in Minas Gerais (Brazil) at the headquarters of the Cooperativa dos Produtores de Café Especial de Boa Esperança (COSTAS 5588).

On the first day, results related to the ISA methodology (Indicators of Sustainability in Agroecossystems) were presented by Pierre Santos Vilela – Superintendent of the Antônio Ernesto de Salvo Institute (INAES) – FAEMG System. Through this tool it was possible to identify some of the biggest difficulties of producers, such as productive soil capacity and water quality; economic balance of property and contamination of water by agrochemicals. The discussion of the participants of the CoP was directed at the sense of proportions related to the points mentioned above.

Following the lecture, the specialist Victor Vargas (ICAFE – Costa Rica) addressed the actions that are currently being carried out in his country in relation to the mitigation of greenhouse gases. One of the most important actions is the “Carbon Neutral” project (which is a program to reduce and offset greenhouse gas emissions), which follow the laws and regulations of Costa Rica, and undergo inspections to be considered “Carbon Neutral” .

Taking the opportunity, Victor commented that “What I know and share with the Community of Practice, I believe will be the beginning so that Brazil, as a huge coffee producing country in the world, can begin to develop the actions that we will carry out to mitigate the emissions that we cause as a sector. The CoP from what I saw and understood are people from various sectors and who are somehow committed to the environment and are concerned about what is happening, with emissions, with mitigation, anyway. Among the works that are being developed in a practical way, I noticed that there is a commitment where they commit themselves to make a link between the Brazilian governmental organizations in order to carry out a development of mitigation activities. For me the experience was very enriching. I was getting to know a different kind of coffee, a coffee industry that has a lot of emissions, many damages in the sector, many challenges and commitments that I belive will come out of that meeting. What we do in Costa Rica is not the best of the best, but the idea is to try to do something. It is not ‘what’, but something. It’s necessary to start with something, I always say ‘Let’s start by doing something!’ Which I do not know, but let’s start with something. It’s the message I leave to the Community of Practice!” 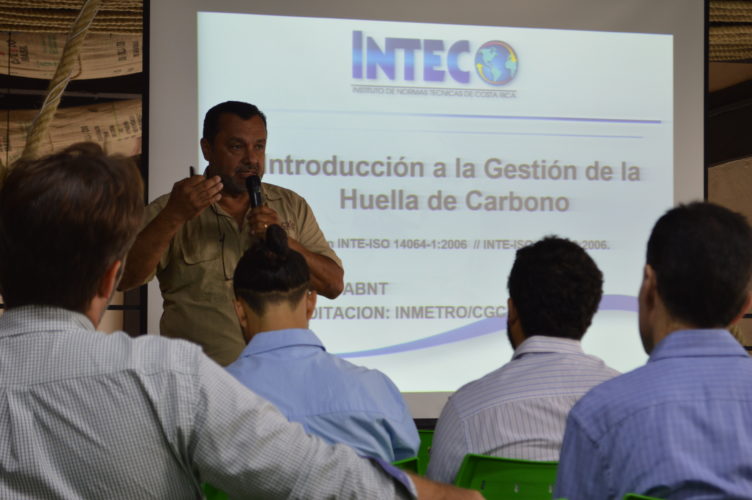 On the same day the participators visited the property of Mr. Joaquim Donizetti da Silva, cooperated with COSTAS 5588, a producer of conventional and organic coffee. Mr. Joaquim, who adopts both climate adaptation and mitigation practices on his property (interlining coverage, windbreak barriers, organic fertilization, septic tank, etc.) emphasized that: “I always liked challenges. At the beginning I was criticized for the production of organic coffee and started with little. But I now am satisfied with the practices and with the organic, as I observe a greater presence of earthworms in the coffee which was very difficult to see before.”

On the second day of the CoP, the specialist Victor Vargas gave another presentation on the changes that have occurred over time with Costa Rican coffee plantations to adapt to market requirements, adoption of practices to reduce greenhouse gases, the national policies implemented, the institutions responsible and the markets served abroad. Also presented was the Costa Rican project supported by the NAMA Facility: Nationally Appropriate Mitigation Actions, which is specifically addressed to the coffee sector, and which aims at a favorable transformation in relation to the climate, as it is of great importance for the country.

Following this, Pedro Ronca (Coordinator of the  Programa Brasil da Plataforma Global do Café) presented the creation process and the importance of the “Coffee Sustainability Guide”, a document made by and for the coffee chain with the objective of making coffee property implementation of good practice. It was also emphasized the use of 35 indicators used to measure the sustainability of the property.

In the continuity of the event, the measurements of emissions of nitrogen fertilizers were discussed by Dr. Anderson Dominguetti (IF Sul de Minas – Machado), where researches were carried out with efficiency of the nitrogen fertilizers currently available in the market and their sustainability, being desirable to the producer and the environment products that have lower losses due to leaching or volatization. 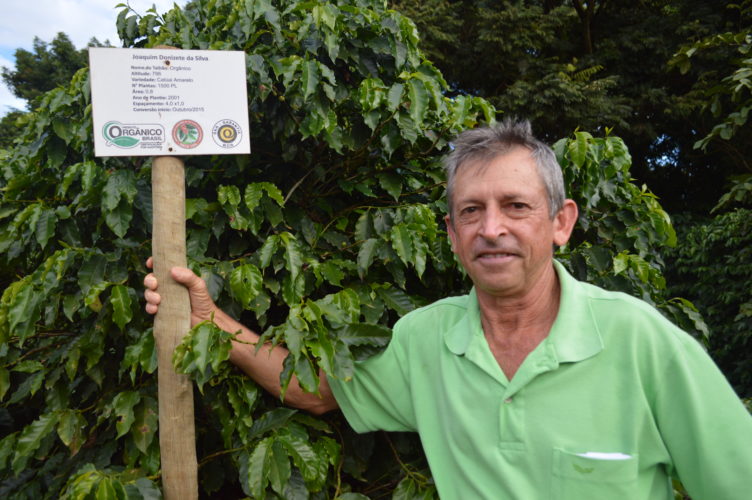 At the end of the event, groups were formed and the opportunities, challenges and application of the following methods were discussed: ISA, NAMA, Sustainability Index and Environmental Labeling. The groups finalized with a conclusion on each topic and it was decided on the date and place of the next CoP meeting that will take place in the second half of this year. 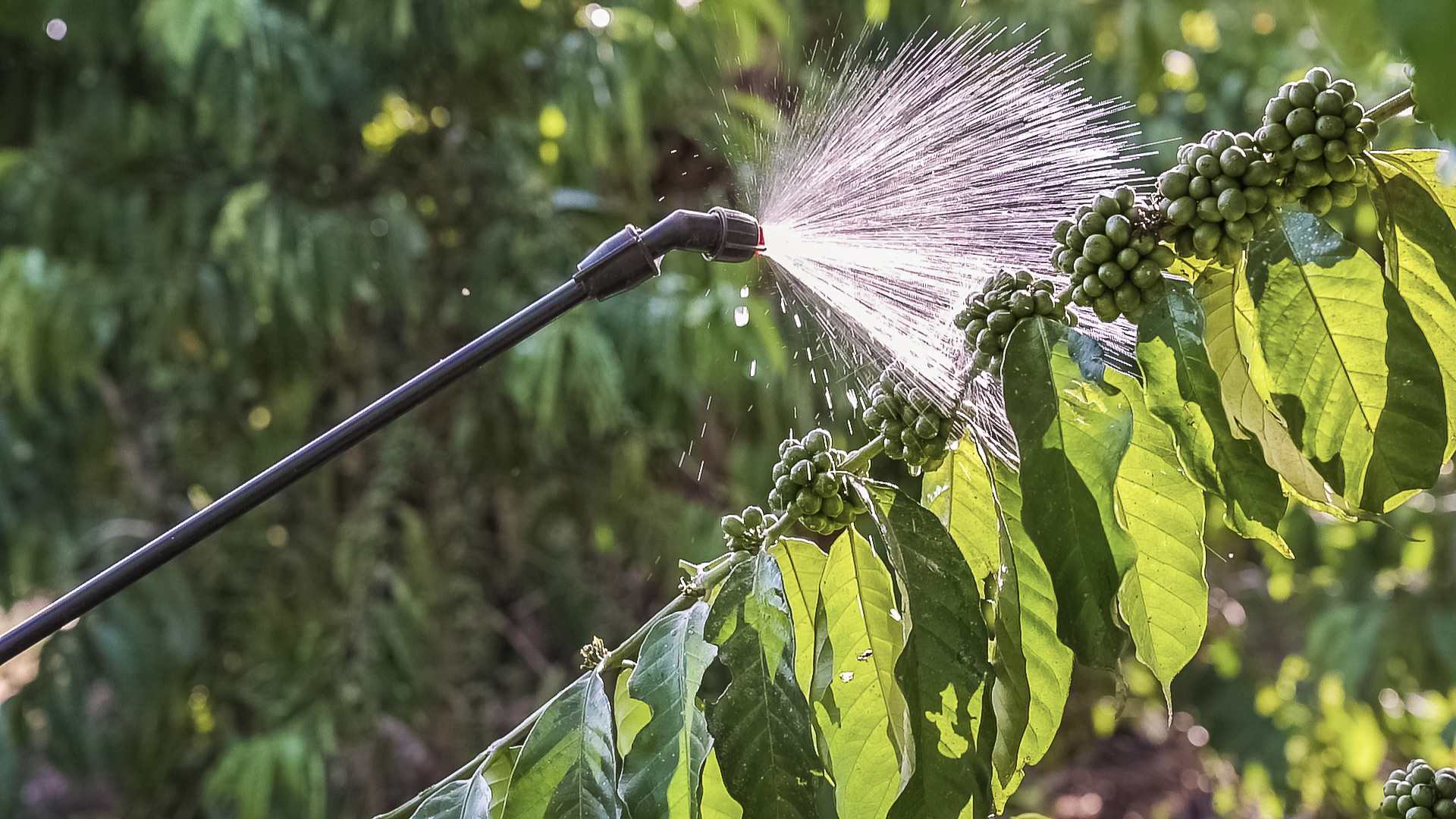 The use of agrochemicals in...
read more 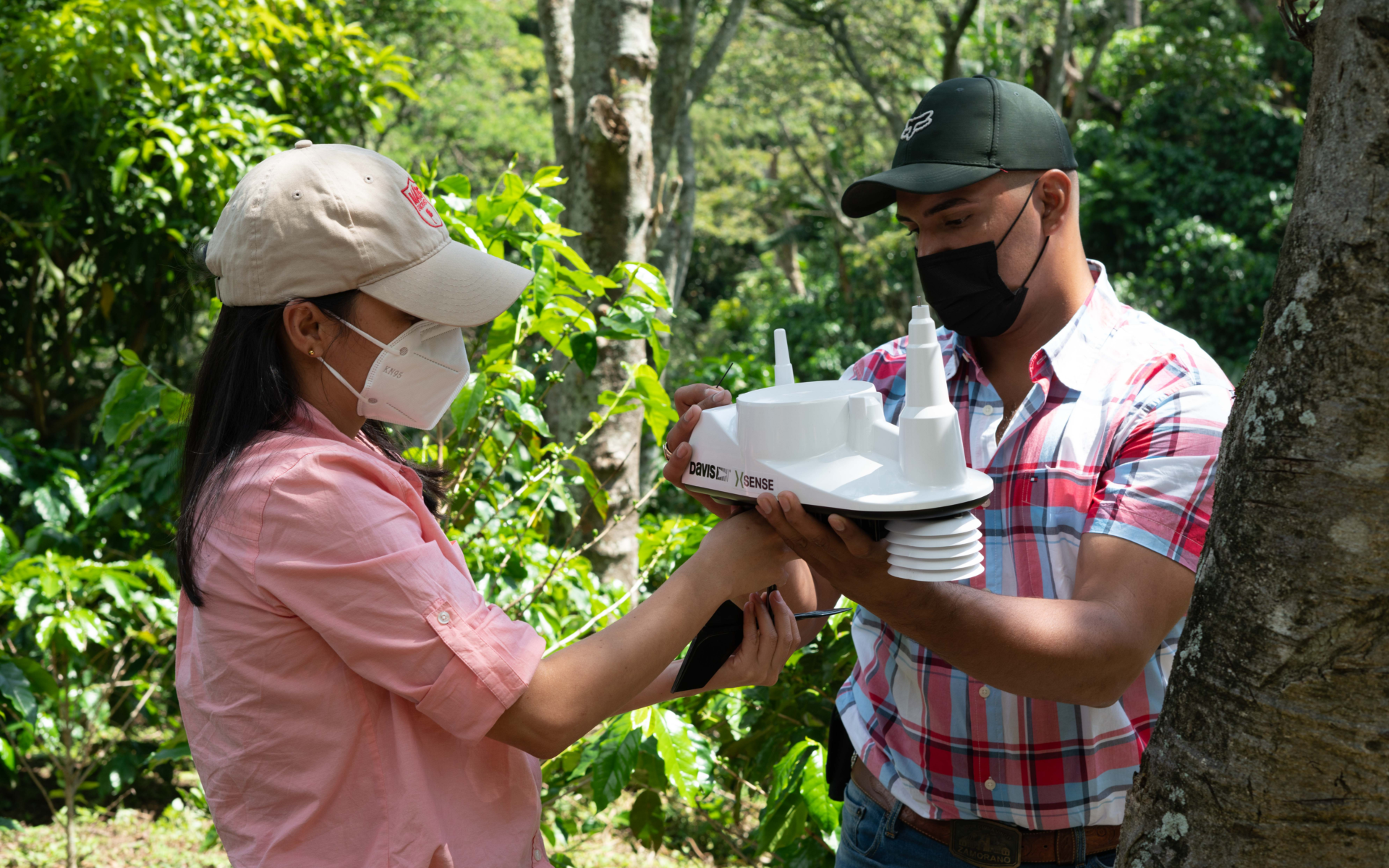 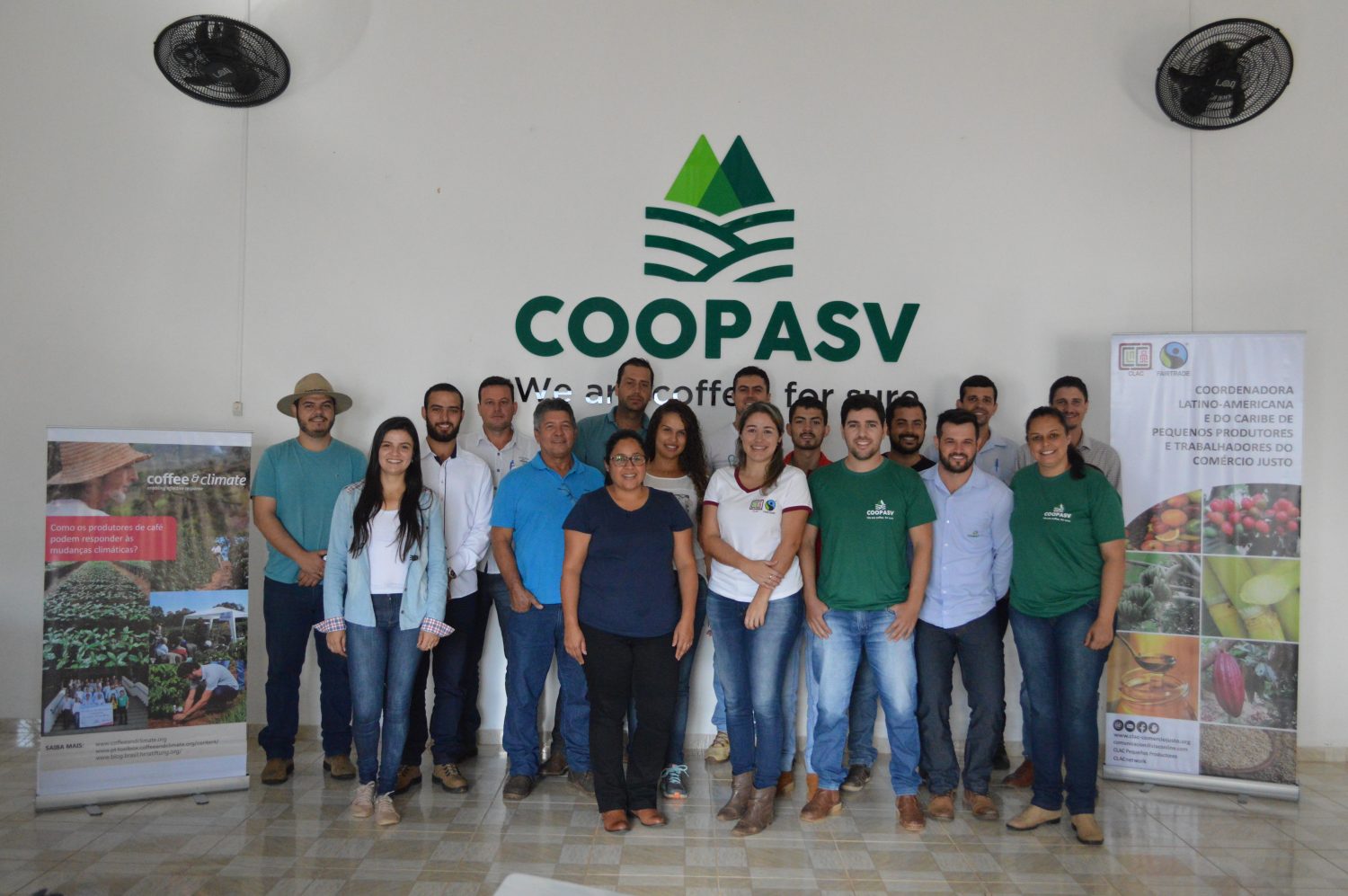