It’s Bean Too Hot: A filmmaker’s journey to Tanzania 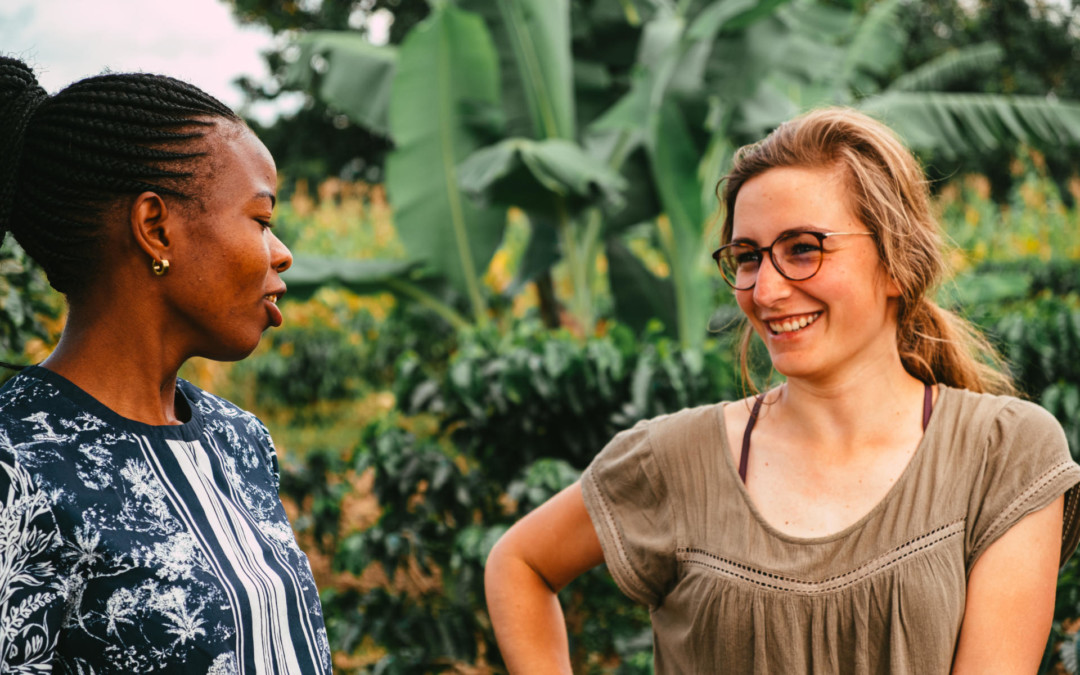 Hedvika Michnová, is currently finalizing her studies in Marine and Natural History Photography at Falmouth University in the UK. In addition to her broad experience in photography and filmmaking, she is also passionate about open water diving, traveling, and has a unique interest for coffee. She produced a documentary about climate change in Tanzania.

Coffee is everywhere. It’s so much more than a drink, it’s part of our culture, it’s a way to meet people, to relax and to recharge. As a barista, I have had the opportunity to gain further insight into coffee production, the way coffee is processed and how we can prepare it. But what was rarely spoken about was where coffee comes from and the farmers who grow it. Since I am also a photographer and filmmaker studying Marine and Natural History Photography at Falmouth University in the UK, as part of my final project, I decided to take a journey to discover where my favorite drink is grown and meet the people behind it.

My journey began in Costa Rica, where I discovered the most shocking thing – climate change is destroying coffee plants and impacting the livelihoods of millions of farmers who depend on it.  I met many farmers who were experiencing problems with coffee leaf rust and coffee berry borer. This, they explained were the side effects of climate change i.e. extreme temperatures and unpredictable rains. I realized that is an important story to tell, and so, I began a project called “It’s Bean Too Hot”, a documentary exploring the lives of coffee farmers who have been impacted by climate change, and the solutions they have implemented to adapt.

It was at this point that my journey led me to where it all began – Africa. Through my research for the documentary, I found the initiative for coffee&climate (c&c) and immediately got in touch with Hanns R. Neumann Stiftung (HRNS) who are implementing c&c. I proposed a shoot in one of their coffee regions, filming the work they do with coffee farmers. Fast forward a few months and there I was, standing with my partner Duncan at Mbeya airport (southwest Tanzania), looking at a guy in an HRNS sign smiling and waving at us. 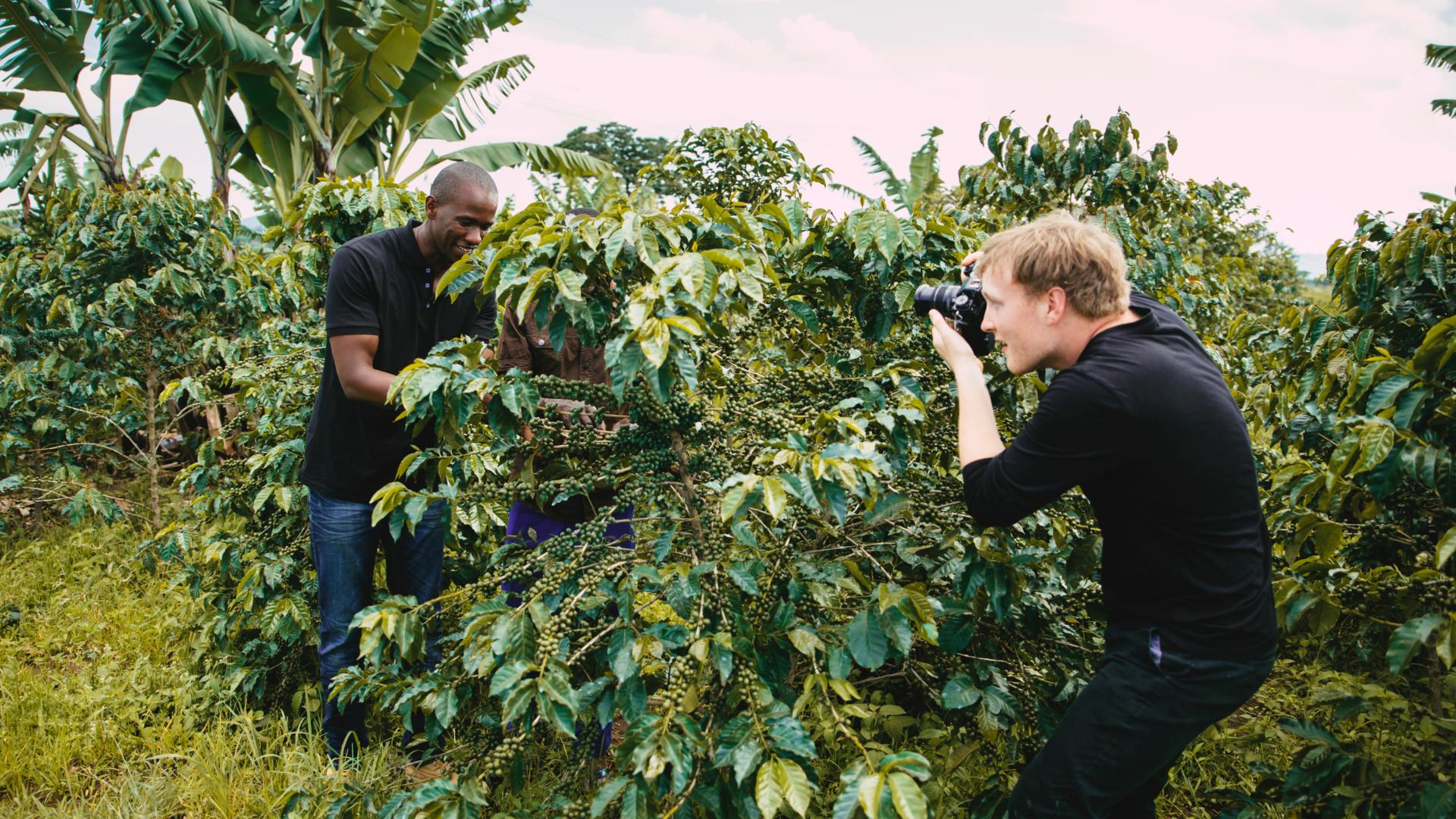 Godfrey, the c&c coordinator at HRNS usually works in Arusha, but at that time he was in the south of Tanzania to take us around the coffee farms and show us the work of c&c.  As we sat down to talk about the plans for the next two weeks, Mwajuma, an agronomist with more passion for coffee than anyone I’ve ever met made us a delicious cup of local coffee. But even with all the planning we had done, nothing could have prepared us for what we were about to experience.

Although it was the wet season in Mbeya, the effects of climate change were evident at every farm we visited. We saw extremely dry coffee plants and coffee trees that were infected with diseases like the Coffee Berry Disease (CBD) which left the trees completely bare. When we spoke to some farmers about the changes they had noticed over the years, they mentioned they had also witnessed massive deforestation in their local areas which has increased the heat on their farms and created a further struggle in collecting firewood.

Dry coffee as a result of climate change 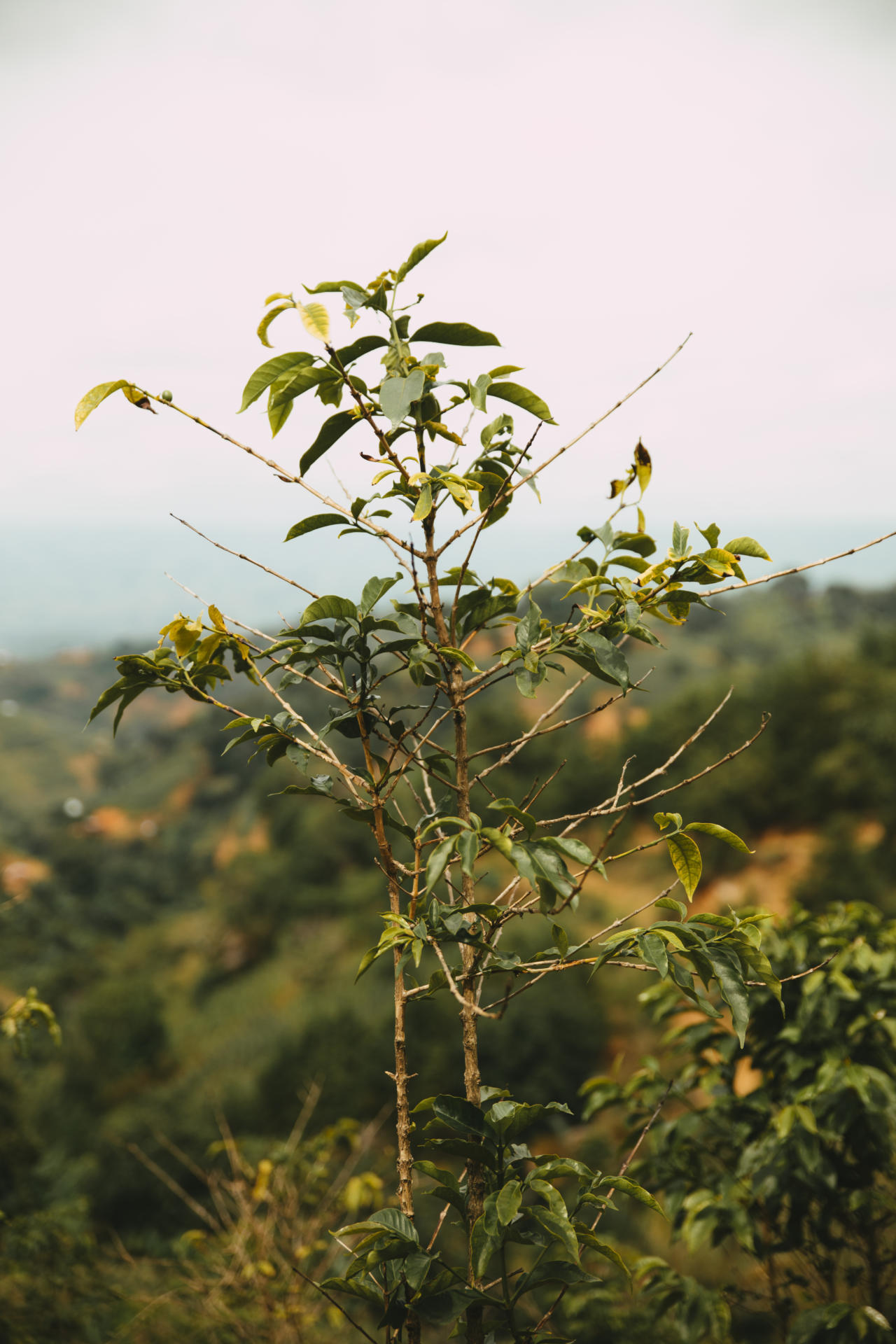 “Now due to increased human population, human activities, trees have reduced, water level has decreased and the air has been thick.” – Tukupasia Bugali

Although we witnessed struggle and fear for the future, it wasn’t the only thing we saw. It was also very clear to me that the farmers are incredibly grateful for the work HRNS is doing as the implementor of c&c. They were proud to show us the demonstration plots that HRNS helped them set-up which was where they practically learned good agricultural practices (GAPs) and climate-smart agricultural practices to help them build their coffee’s resilience to climate change.

Later on, Godfrey and Mwajuma took us to see the farmers that had adopted these practices themselves. It was very clear that we found ourselves in healthy and prosperous coffee farms. The farmers were applying mulching to protect the soil from the heat, trapping pests with alcohol traps and growing bananas that gave the coffee plants shade, but also an alternative business to support their families. On the second day of filming, we could clearly distinguish the farms that were working with HRNS from those who weren’t. 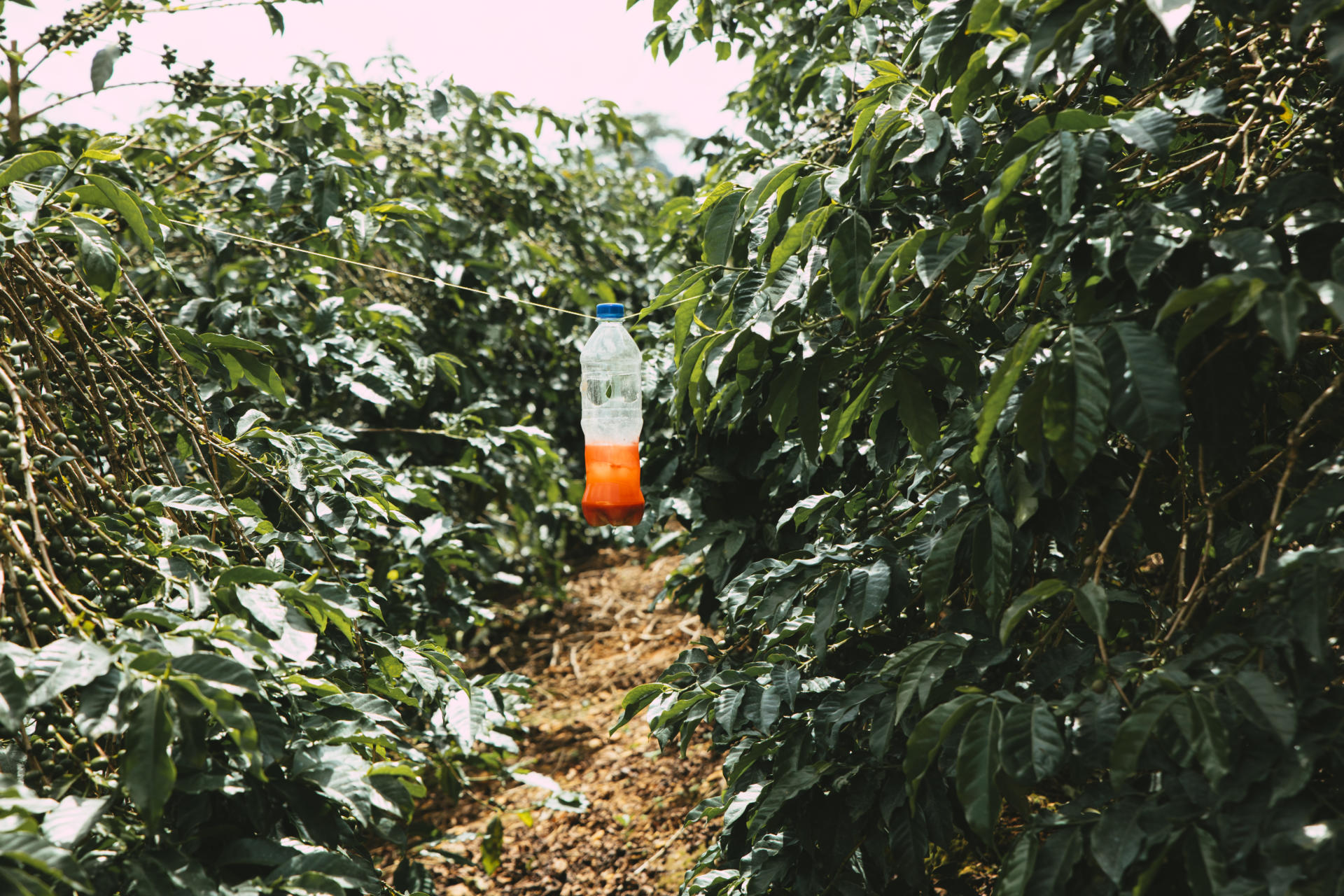 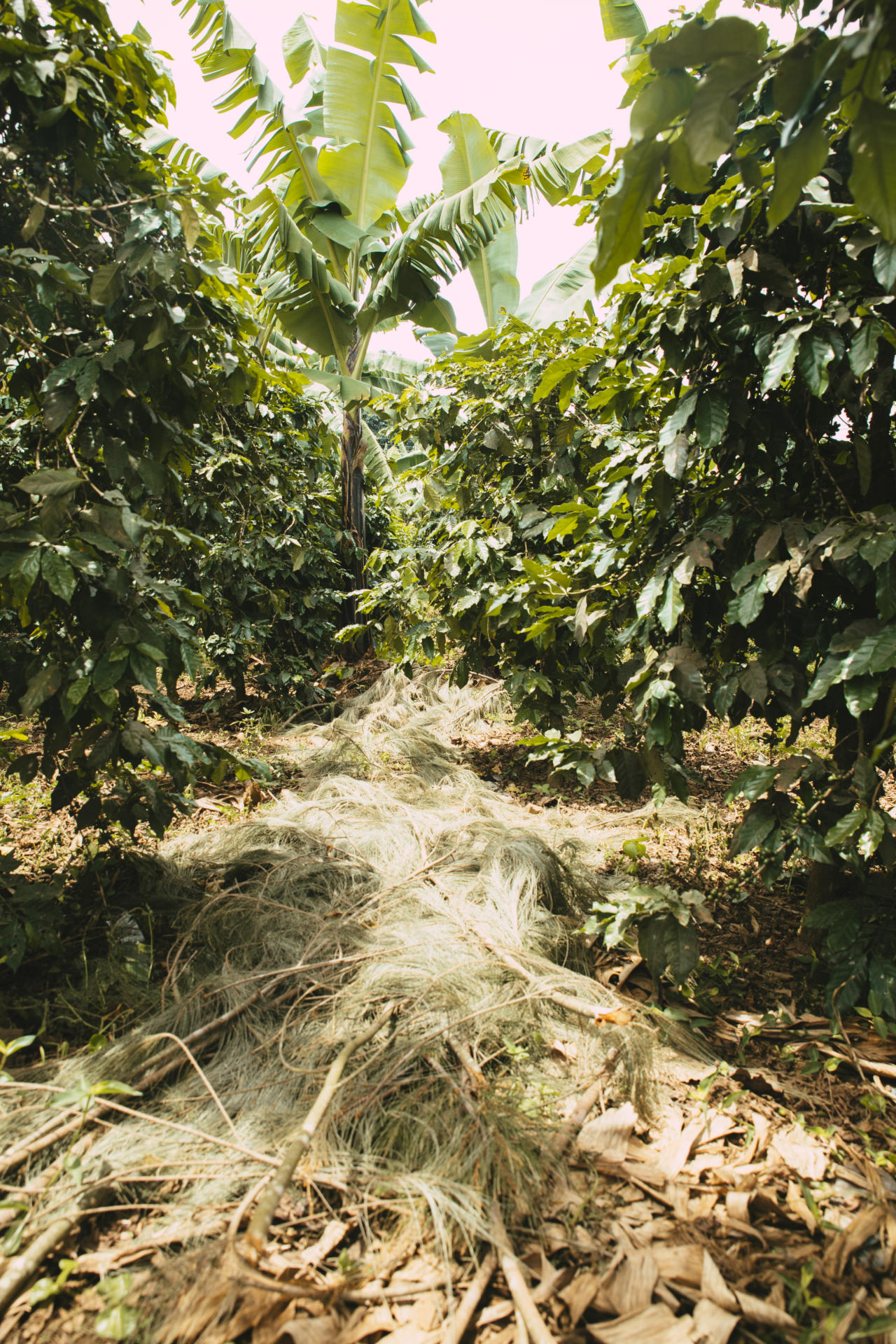 For us and the documentary, it was very important to highlight the role of women in coffee farming and the interventions that c&c takes to ease the burden of women and give them a voice. We were welcomed to a coffee and avocado farm by a retired pastor, who together with her husband had been trained on coffee farming post-retirement. They had been given a water tank and a clean cooking stove from HRNS and were excited to show us how successful they are now because of this.

“In empowering women it was suggested that women should be given a tank for water collection in order to irrigate the coffee nursery. In this tank we managed to have a nursery for trees so it helps us in doing irrigation. The second, which is the biggest one, is for household use. Water is very far from the river so when it rains the tank is full.” – Tukupasia Bugali 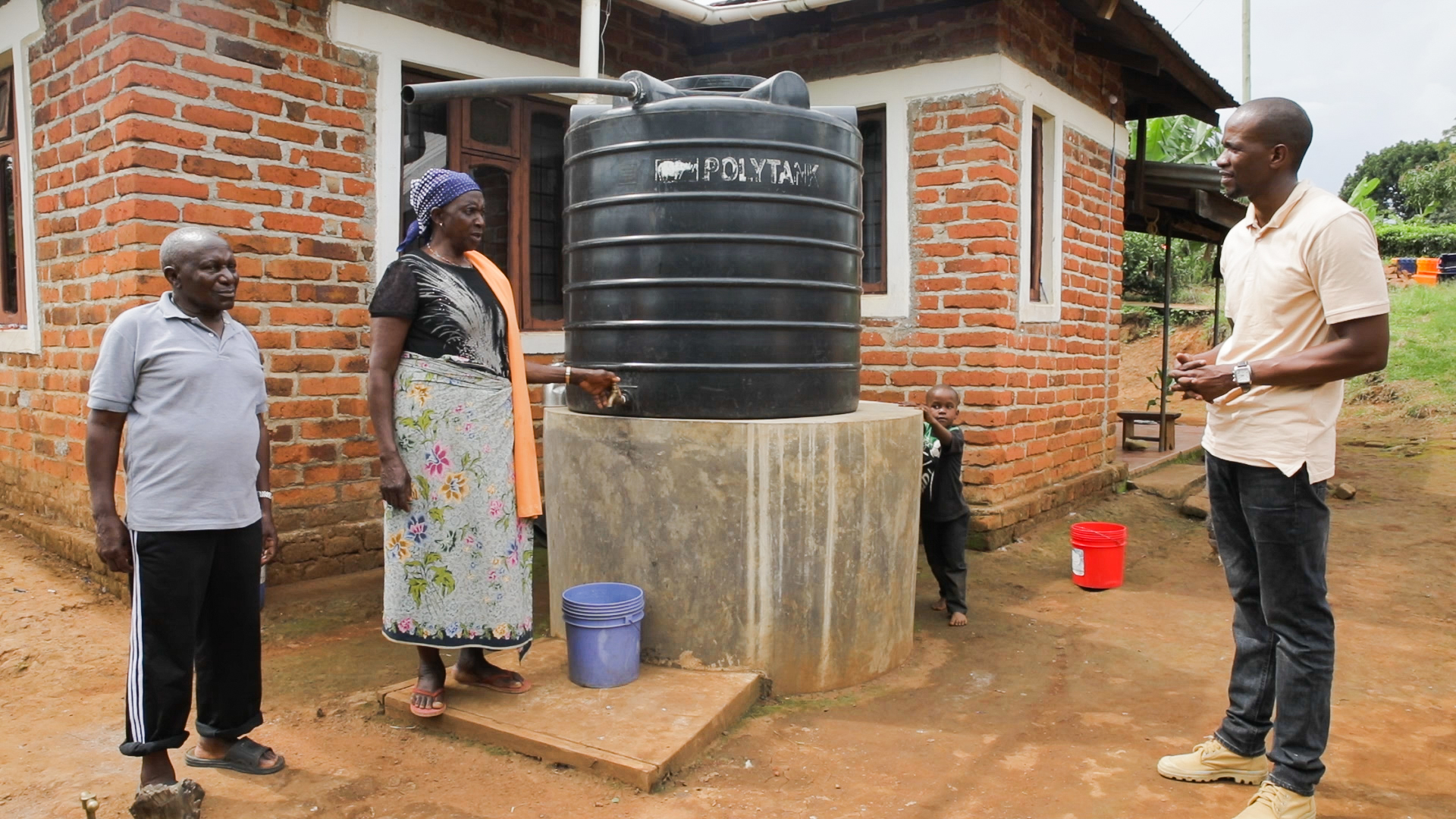 I could tell how grateful the pastor was for this donation and she even mentioned that she allows the whole community to use the water from the tank. Her and her husband were clearly very impacted by the gender mainstreaming project and openly talked to us about the change that is now happening in empowering women.

“If you educate a woman you will educate the whole community. It’s very beneficial to the community and also the husband can benefit.” – Tukupasia Bugali

On most days, Duncan and I kept pinching ourselves in complete awe of our situation, unable to comprehend the beautiful place where we found ourselves and the generosity of the people around us. Godfrey, Mwajuma and all of the HRNS staff have been an incredible support to us in the process of creating this film. We have returned from Tanzania with a better understanding of what farmers are going through but are also filled with hope for the future because of the hard work HRNS is doing. We are excited to share this story through the documentary coming in a few months, hoping that it will reach as many coffee drinkers out there as possible and that through the awareness raised by this documentary we can make a positive change to the farmers‘ livelihoods.